An item in the “Staffordshire Advertiser” of the 7th March 1896 announced that a golf club had been formed in Stone. The course, as located on the west side of the Old Road at the top of Oulton Heath, and the club house were in the corner formed by the road and the track. This still exists and leads to the “Quails”. A map of the original course was made by one of the members at that time. This still exists, though unfortunately, it is not in possession of the club. In the entrance hall is a facsimile of this map. Apart from the first green, which is now a lawn, little of the original course remains.

From the beginning the club prospered. However, in 1916 the farmer, from whom the land was rented, objected to golf being played on a Sunday and so the Club closed. When this happened, all the records of the original club were lost. The last connection with the old course came to an end in 1982 when Miss Henrietta Booth died. She was the last surviving daughter of the original green keeper Albert Booth. The only tangible reminders of the old course are the “Oulton Cup” and Golf Cottage.

Stone Golf Club’s history from the 1920’s is very much tied to Joules Brewery, as is so much of Stone’s history. One of the major trophies bears their name, the “Joule Cup”. The first captain of the new Stone Golf Club, formed in 1921 was Mr E.T. Taylor, a director of the brewery and the first president was Mr J.L. Meakin, donator of the “Meakin Cup”. The greenkeeper/professional/steward lived in a cottage called “Gosdale Cottage”, hence the “Gosdale Cup”. This was situated by the 16th tee and was demolished when the existing steward’s cottage was built in the 1930’s

Although the club prospered from its foundation, like others, it suffered during the war. It was largely through the efforts of the President Mr L.C Pitts, and the Captain Mr J.S Redman, both of whom remained in office throughout the war, that the Club continued to exist. A tremendous debt was also owed to Mr N Gerrard who, while the professional was away on war work, kept the course in good order. After the war, membership increased and the Club was a busy social centre, not least because it never suffered from any beer shortage due its close relationship with Joules! It soon became obvious that the club house was totally inadequate and thanks to the initiative of Messrs I. Forster, H.R. Lovell and M.J. Proctor, with assistance from Joules, a new club house was opened in 1967. 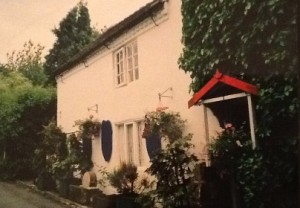